Why Are There Spiders In My Baltimore Home?

Home › Blog › Why Are There Spiders In My Baltimore Home?

When you think of spiders, you probably imagine a terrifying creature that wants to bite you and inject painful venom. However, the truth is that spiders often look scarier than they actually are. Most spiders in Baltimore, Maryland are harmless. While they all have fangs and venom that they need to catch their prey, most species don’t have venom that's strong enough to hurt people or pets. 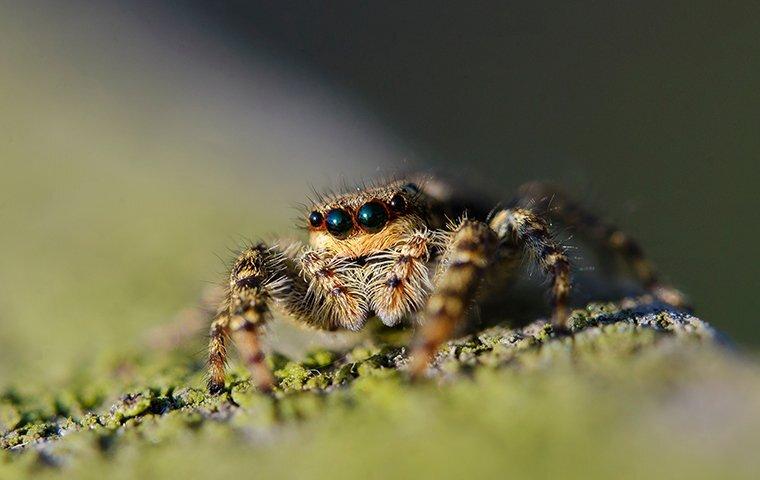 There are a couple of exceptions to this rule as two spiders in the United States can cause significant medical issues for people, most spiders that get inside your home aren’t dangerous. However, this doesn’t mean you want to have them around.

In this guide, we cover how to identify spiders in Baltimore and what you can do to keep them out.

There is only one harmful species of spider common in Baltimore: the black widow spider. Luckily, they are easy to identify because of their jet-black coloring and the red hourglass marking located on their underbellies.

Other than the black widow, here are some of the most common harmless species that invade area homes:

Why Do Spiders Come Indoors?

While many pests get inside in search of shelter from the weather or because they are trying to eat crumbs people leave behind, spiders get inside for a different reason. They will enter a dwelling as they hunt their prey, so having spiders is a good indicator that you have other pest problems, too.

The more spiders you're seeing the more likely it is that you have an infestation of small insects as this prey will draw spiders to the area. So, the best overall way to prevent and remove spiders is to focus on overall pest control steps.

If you haven’t noticed any spiders or other insects around your house, it’s a great time to take preventive measures. By following just five simple steps, you can greatly reduce the risk of a spider problem and also keep out their pest prey.

The Best Way To Remove Spiders

If you already have spiders around your home, the easiest and most effective way to remove them, as well as any of their prey, is with help from the experts at Pest Czar. Our technicians can provide ongoing residential pest control to prevent any further infestations and remove any current problems.